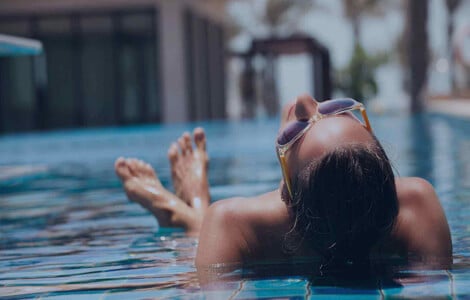 Do something extraordinary, Experience luxury the way it was meant to be experienced with a beautiful condo on Manila Bay. Look no further that Coast Residences, SMDC’s newest residential development, placed on the prestigious Roxas Boulevard in Pasay City.

Located just south of Manila, but still part of the area known as Metro Manila, runs a promenade along the coast of the beautiful Manila Bay. Know for its beautiful sunsets and coconut trees, the area known as Roxas Boulevard was built in 1905 as part of the City Beautiful Movement. American architect, Daniel Burnham, had master plans for several cities around the world, Manila being one of them. Know for such buildings as the Flatiron Building in New York City and the Masonic Temple Building in Chicago, Burnham’s hope was to marry beauty with science. The result is one of the most sought after addresses in Metro Manila, and was named to honor the fifth President of the Philippines, Manuel Roxas.

Pasay City is part of the Metro Manila area or The National Capital Region (NRC). Composed of 17 cities, the NRC was established in June of 1978 by Ferdinand Marcos, and is the seat of government for the Philippines. However, the area that is known as Pasay City has a rich history of its own.

Perhaps it’s fitting for this beautiful landscape that 3 legends stand as to how the area was named. The first is the area was covered with pasaw, a plant that exuded a luscious and delicate aroma. It is rumored that a Spanish botanist came here often to gather the sought after plant, and it is after the plant that the city is named.

It is the second legend that is the most popular and believed. The jewel that sits on Manila Bay is named after the beautiful princess, Dayang-dayang Pasay of the Namayan Kingdom. This kingdom was established before the 10th century and endured until Spain claimed the islands in the 1500s. The Princess donated her lands to the Catholic Church before she died to ensure her place in Heaven.

The last legend is the most romantic, but also the saddest. As with most legends of this kind, it involves a rich girl, Paz, and a poor boy, Joe. Of course, they met and fell in love, hoping to marry. But Paz’ parents forbade the match. When the decree came down, Paz died of a broken heart. After her funeral, Joe dug a tunnel to her grave so he could spend eternity with his love. It’s said that once he reached her body, he cried, “Paz-ay!” The grief-stricken parents named their land Paz-ay and the city became known as Pasay.

As with all the Philippine Islands, Pasay City has had its share of occupiers, starting with Spain. In 1989, at the end of the Spanish-American war, the United States held the islands until 1942, when the Japanese captured them during World War II. After the war ended in 1945, the Philippines reverted back to the United State until July 4, 1946. At that time, a treaty was signed between the US and the Philippine government to establish Filipino independence.

Part of what makes Coast Residences the premier address in the Philippines is the attractions along Roxas Boulevard. Close to historical and cultural centers, it is also home to fun, shopping and fine dining. Whatever your fancy is, it can be found on the promenade.

One of the most historical buildings in Metro Manila, located a short transit ride away from Coast Residences, is Manila Cathedral. Officially established in 1571, a Spanish conquistador by the name of Miguel López de Lagazpi chose the location. Unfortunately, the location presented problems. The first church was destroyed by fire in 1583. Subsequent rebuilding over the years saw each cathedral destroyed by earthquakes, and one by the Japanese during the World War II battle for the Philippines. The Present Cathedral is the 7th structure built on this same location. It was reconstructed from 1954 to 1958. Still standing, it was renovated from 2012 to 2014, and in 2015, hosted Pope Francis as he celebrated the first Papal Mass at the Cathedral.

Another attraction close to Coast Residences is the Rizal Memorial Sports Complex. Built in 1934, it has facilities for swimming competitions, martial arts exhibitions and baseball games, as well as tennis and boxing matches. Football games are always fun to watch, and the Rizal complex has an excellent field. Rock concerts are often held at the complex with a record set for 80,000 attendees in 1966 for two sold out Beatle’s concerts. That record hasn’t been broken yet.

If shopping is more your style, the Mall of Asia isn’t far. The 4th largest shopping mall in the Philippines is the 11th largest in the world. Opened in 2006, 200,000 people a day shop in over 600 stores or dine in over 200 restaurants. Want to take in a movie? The first Imax Theater in the Philippines shows first run movies. Looking for music? An open-air theater faces the sea and offers music concerts and special events. How about ice-skating? The Mall of Asia has an Olympic-sized ice rink for recreational skating, skating competitions, and hockey games.

Coast Residences offers a convenience to nightlife few other condominium complexes can. At the marina, take in a bay cruise. With day, sunset and dinner cruises, there is something for everyone. Have your own yacht? Well, the Manila Yacht Club is right there. This private club offers berthing for both members and visiting yachts. You can always inquire about services and amenities.

Looking for a great place to eat? Try the five-star restaurant Nobu Restaurant in the City of Dreams Hotel and Casino. Owned by the American actor, Robert DeNiro, it is one of the world’s most recognized Japanese restaurants. Savor delicacies such as Kobe Beef, Lobster Ceviche, or Tasmanian Ocean Trout. If that isn’t sounding just right, there are four other restaurants in the City of Dreams to tempt your palate.

As you can see, SMDC Coast Residences is cleverly located to take advantage of the exceptional offerings of this luxury district within Pasay City. Award-winning entertainment is at your fingertips and is positioned only steps away from your five-star quality new home.